Tim Jones was a BC Ambulance Paramedic, and a long time member of North Shore Rescue. At the time of his death, of heart attack while hiking with his daughter on Mount Seymour, he had been the Team Leader and spokesperson for North Shore Rescue for many years. To members of the public he was the visible face of Search and Rescue for the Vancouver area, appearing on on the media regularly to represent the team during rescues, for fundraising and advocacy work. 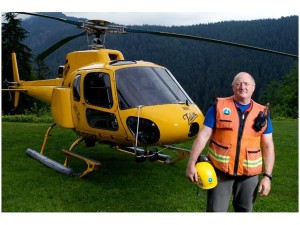 Tim was a pioneer of the Helicopter Long Line rescue system known as “HETS”, adopting it within his team, and promoting it as a vital life saving tool that saved time and brought lost and injured people home and to medical care quickly, and with little risk. His work at making this rescue technique available to SAR members saved many lives, and will continue to do so on the many SAR teams throughout BC that have adopted it as a rescue technique. 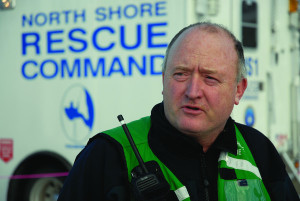 Tim received the Order of British Columbia in 2011

Tim’s death shook the SAR community, leaving a huge hole on our ranks. His memorial ceremony was attended by thousands of people, and SAR members from across BC and Canada attended in a processional over a kilometre long. He was a force for change, and he saved many lives.

North Shore Rescue has set up a fund in Tim’s honour.