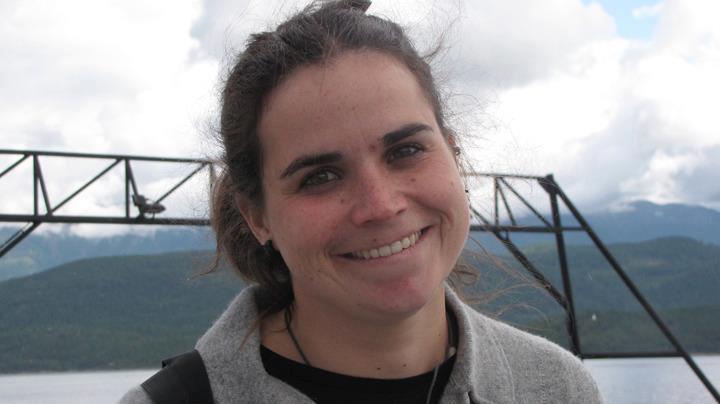 Sheilah was a powerful force with a generous heart. She was tenacious, talented, creative, and courageous. With her humour, candour, independence and genuine compassion she inspired people from coast to coast.

Born in Winnipeg, Manitoba as the fourth of five children to Wynn and Teddi Sweatman, Sheilah was the heart and soul of her family. At their cottage at Lake of the Woods, Sheilah became the adventurous guide for her siblings Tom, Victoria, Mark, and Megan. In years to come as Auntie Sheilah, she created a world of magic and wonder for her nieces and nephews.

With a degree in Fine Arts from the University of Manitoba, Sheilah was a prolific artist working in many mediums. Her work is celebrated in public and private collections through Canada and the US. Sheilah challenged gender traditions and became a skilled carpenter in Bridgewater, Nova Scotia and worked as a trades woman across Canada. She merged her technical abilities with her creativity in constantly exploring new ideas and working on projects from paintings, to carvings, to furniture.

Sheilah was an avid outdoors woman and made her home in the Selkirk Mountains near Nelson BC. As a mountain enthusiast she was a snowboarder, mountain biker, rafter, hiker, and was training for her first triathlon.

Sheilah worked at the Animal Hospital and fostered several furry friends. She was training her puppy Freya to be a search dog with the Canadian Avalanche Rescue Dog Association.

While on a search and recovery call out at the Goat River near Creston, Sheilah drowned when she became entrapped by a cable. Sheilah’s passing is the first line of duty death of a Ground Search and Rescue volunteer on an operational task in British Columbia.

Nelson Search and Rescue continues to remember her by landscaping a garden area around Sheilah’s Monument, a cairn inspired sculpture assembled from rocks brought by search and rescue teams from throughout the province and beyond. With this, Sheilah continues to inspire courage, kindness, service, sacrifice, and guides our way.

The Sheilah Sweatman Gymnasium at Queenston School in Winnipeg, Manitoba was constructed and named in Sheilah’s memory, and a domed window at the entrance reflects her signature onto the ground. Sheilah continues to be a role model inspiring students with her commitment to helping others.

Donations can be made in Sheilah’s memory to The Sheilah Sweatman Memorial Fund in support of wildlife habitat, outdoor recreation and environmental education with Fort Whyte Alive in Winnipeg, Manitoba.

Justice Institute of BC flags at half mast