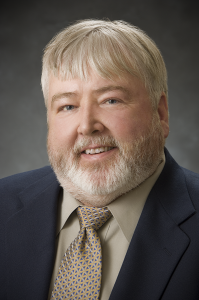 As a Regional Manager with EMBC for over 30 years Bob went above and beyond in supporting all Public Safety Lifeline Volunteers. In the same spirit as volunteers he always did whatever possible to save live and reduce suffering without any thought of personal cost or recognition.

Bob ensured that Search and Rescue was considered an emergency within the provincial response system, during large or complex SAR incidents in the region he would activate the Provincial Regional Emergency Operations Centre (PREOC) to provide support. His innovations within emergency management transcended into SAR, organizing conferences calls with all agencies involved on a seasonal hazard preparedness basis and during responses resulted in greatly improved cooperation.

Following a large search years ago Bob developed and shared a trip plan to help promote outdoor safety. This trip plan became a standard that was later incorporated into the AdventureSmart program, now adopted across Canada and elsewhere. Although Bob suffered a traumatic workplace injury in 2015 he always voiced concern about the volunteers and those they strive to save, rather than his own condition.