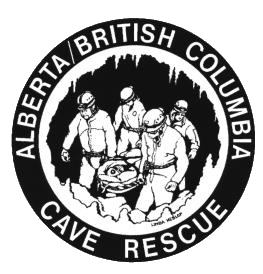 Alberta / BC Cave Rescue (ABCCRS), formed in 1984, is the rescue and training service of the British Columbia Speleological Federation, the registered society representing organized caving in British Columbia.

Operates under a 1992 Memorandum of Understanding with the Provincial Emergency Program (now EMBC), the Royal Canadian Mounted Police (RCMP) and the BC Ambulance Service.  Recognized by the Province of BC as the lead organization in cave rescue, providing specialized personnel and equipment for cave rescue emergencies on callout by the RCMP, BCAS or the EMBC Emergency Coordination Centre (ECC)