The BC Search and Rescue Association (BCSARA) wants to thank the public for helping to flatten the curve and driving down the requests for assistance but urges everyone to use extra caution as we approach one of the normally busiest long weekends of the year – Easter.

“The average number of search and rescue calls in British Columbia in April is 121 and to see a 50% reduction over last year in the first week is an excellent trend,” states Chris Kelly, President, BCSARA, “But we can do better. We are heading into our busy season where, historically, calls begin to increase. I’d like to see one week where we have no calls in the province, something that has not happened as long as I can remember.” 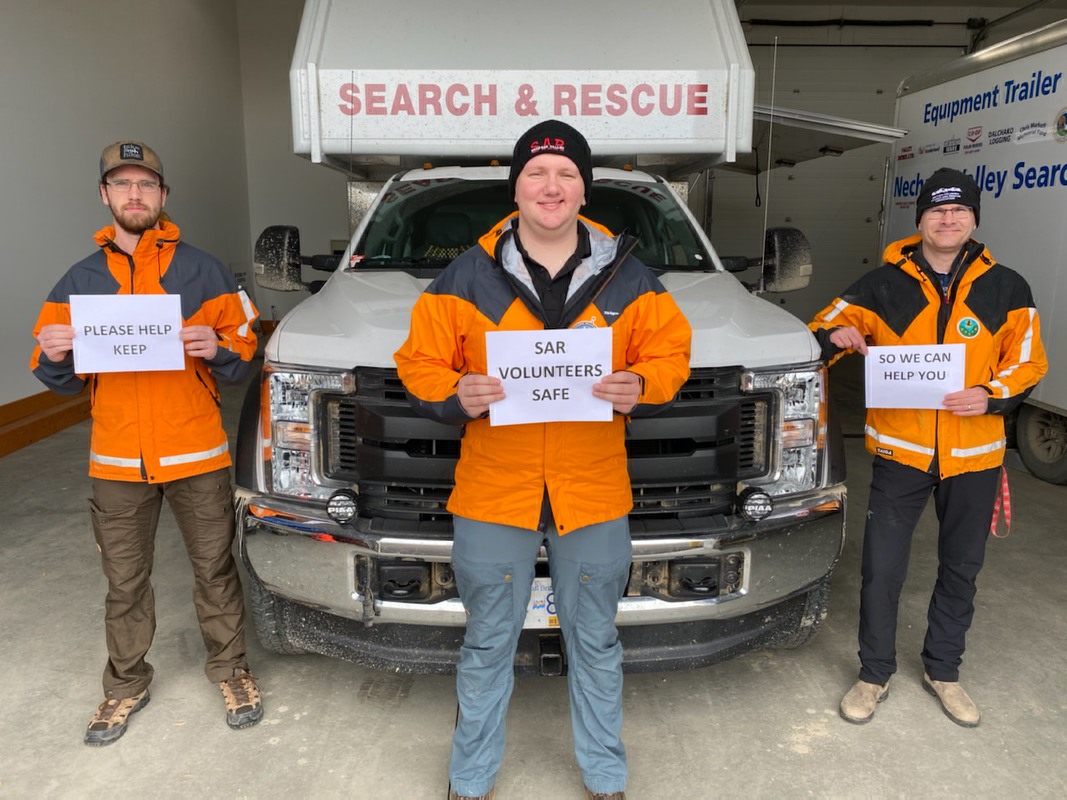 BC has a network of 79 ground search and rescue groups (GSAR) across the province with 2,500 highly trained unpaid professionals. All are heeding Dr. Bonnie Henry’s advice to stay home and avoid interactions with others as much as possible. GSAR groups across the province have halted training to avoid the risk of spreading COVID-19 and are conducting online training and meetings to ensure they are ready should they receive a call for assistance. However, that self-imposed isolation is lost when they answer the call for help and 20 to 30 members come together to assist in the rescue of someone they do not know.

“When called out, these search and rescue personnel try to maintain a distance of two meters from each other,” said Dwight Yochim, Senior Manager for BCSARA. “They also have protocols in place to limit the number of members who interact with the lost or injured person. Those individuals put on personal protective equipment, they mask the subject and when the task is over, they have to disinfect their equipment. Every step of the way they have been placed at risk of exposure to COVID-19 and now so have their families.”

BCSARA would like to remind the public, now is not the time to venture into BC’s wilderness. Like the province of BC has said, Explore BC….Later (#explorebclater). Please, follow the advice issued by BCSARA on March 17 and help us flatten the curve.

“It would be amazing to see a week where GSAR personal were able stay at home because there were no calls,” concluded Yochim.